Understand the gifts of your child

Nobody wants to be popular for his or her notoriety. Every single soul that exists in this universe seeks to be appreciated and ascertain that they do something laudable in their life. However, human life imperceptibly passes and we vanish under this very sky with many things left to be done.

To start with, I am not here to invalidate anybody or any kind of practice in entirety. I am here to express what I have seen as a tutor over the years; the mindset of people, the ways in which people nurture their child, and the clear distinction between many of them.

Talking about Nepali society, by and large, people are too prophetic about their child. I want to question the righteousness of the people in the society who are unnecessarily restless about declaring an individual unfit for the future or do not hesitate in adding disquieting feelings into young souls at the very beginning of their early life. For instance, someone who is good with extra-activities is openly declared to be prosaic just for their backwardness in academic success.

All these things happen amid the lack of understanding and quandary about what success would truly mean to someone. The hegemony of the so-called erudite ones, who declare academic and financial success to be the epitome of individual achievement, will never be able to understand the souls that are differently-abled, which are not blindfolded by the academia or wealth. Therefore, people should stop being impetuous with regard to their personal definition of success and purpose but assist in breaking the shackles.

Before, we proceed any further into the article. I want to share an incident with one of the guardians of my student. I was letting the guardian understand the abilities his daughter possessed and a possible way forward to enhance her innate abilities. However, I was frequently asked about what the future holds for her passion or the course she loved to pursue. Ultimately, after all the fuss, the girl was made to choose a STEM course. Her passion and abilities were not even considered as a matter of discussion. I can only imagine how agonizing things can be for the people at the receiving end.

It is an irony to hear the appreciation of the child prodigies of India and other countries from the very same parents who discourage their sons and daughters to pursue their interests. How can someone be so scathing to their young ones while appreciating others? This adds diffidence and will take the young generation nowhere. The need of ‘iconoclasm’ in the issues related to education and way of life is the need of time; everything is explicit and it is just a matter of a formal debate and a good acumen.

In the context of Nepal, children are sent to school at an early age. In some cases, people are found sending their children to school even before the onset of speech or language emergence. This is to say that schools are well aware of the individual from a very early age including their strengths and weaknesses. It should be noted that it is not a fastidious task to discuss your child with the class teacher or headmaster; it can be an opportunity to understand more about your child and the steps you can take to illuminate him or her. Although it is considered trivial in Nepal to have a conversation related to issues like these at school, the obsolete dogma has to change without wariness.

If we look up to someone who has achieved financially or academically or in any other aspect of life, it is mostly because he/she had someone who avidly appreciated and corroborated their willingness to achieve something. It may sound too harsh to say but I find souls duped over the fear of their future and wealth. To me, this is nothing but the culmination of the materialistic nature in humans, which is unseemly in every manner.

Let us take an example of two young teenagers, having similar personal traits i.e. strengths and weaknesses. I request to empathize with this, one of the two teenagers is constantly praised for his/her strengths while the second is consistently humiliated for his/her weakness. What would be the end result of this difference in behavior? It is a matter of rumination. Of course, the one praised for his/her abilities shall thrive among the two of them in most of the cases. In my experience as a tutor, I have come across so many students who exactly fit the above example. Let us contemplate on this issue rather than being skittish and aloof with your child. It can be a nagging experience to know your weakness every single day and for a number of times; the feeling of not being appreciated for whatsoever is humiliating and disheartening.

It is as easy as ABC to say that the abilities of every child should be cherished with alacrity. At the same time, the job to find the strengths is a daunting task. At times, it is so lucid and right in front of your eyes. In contrast, it may even take years for you to find the gifts of your child. Shiva Khera says, “dealing with people is like digging gold. You have to move tons of dirt before you get to an ounce of gold. But when you go digging, you don’t go looking for the dirt. You go looking for the gold.” The same applies to understand the gifts of your child, it may be monotonous and time-consuming but, results will give perpetual happiness and satisfaction.

On the brighter side, I have seen people whose pursuit of their child’s interest has been relentless and copious. It is soothing to observe their commitment towards their child and their concern towards fulfilling life rather than monetary gains alone. Finding an area of interest and selecting it as a life-long pursuit is something that needs close scrutiny and there can be nobody more reliable and disinterested than parents. Fortunately, with the advent of technology, the trend is in a positive direction and people are getting more concerned about the gifts of their child than ever before.Embed from Getty Images

Some of the things that I found common about the concerned parents were that they took note of every individual account of their child’s activities, they were amiable with their child, they were in constant interaction with their education providers and mentors and more. Every individual is differently-abled and it may not go the same way around for everyone. Hence, it is inconsequential to act in one particular way, we can employ different ways for different people and even invent a new one.

We already have so much to work for in life and life becomes a difficult proposition with chores you don’t love to do. Every individual is extraordinarily abled in one way or the other and we should not let their performance limit to serendipity. We have to rise above our myopia in understanding their unfathomable strengths. Let them shine to the fullest of their illumination! 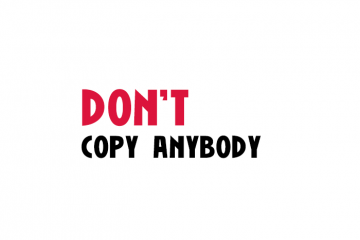 Do not copy anybody

Every human being is a wayfarer looking for a bright future and comfort in their living standard. The rancor of life leaves none with an option sooner or later. I find a lot of people Read more… 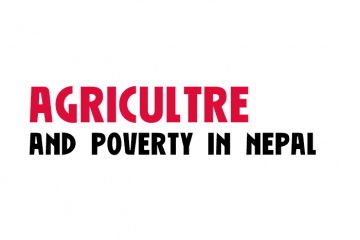 Agriculture and Poverty in Nepal

As a 25-year-old and considering the fact that I grew up in Terai, I can count the number of times, I saw tractors being used to plough the tough soil in the early days of Read more… 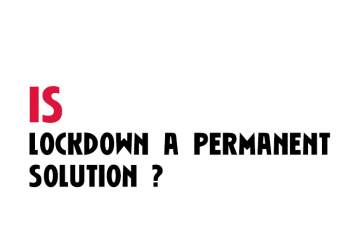 Is lockdown a permanent solution?

Developing economies have been adversely affected by the Covid19 pandemic. In the context of Nepal, Government of Nepal has taken lockdown as the only effective measure to tackle this very pandemic. It has been over Read more…

Any cookies that may not be particularly necessary for the website to function and is used specifically to collect user personal data via analytics, ads, other embedded contents are termed as non-necessary cookies. It is mandatory to procure user consent prior to running these cookies on your website.